For the sake of education and for better returns, I wanted to check out yield farming on Fantom. From what I can tell, the ecosystem is still relatively small, but TVL and interest are steadily growing.

After farming for a bit, I believe there are some yield farms worth considering. I wanted to share my findings in this article.

As always, invest at your own risk. Some of these farms are higher risk than others. This is just a list of my opinions on "best" farms. If I'm missing a farm that you're a fan of, please let me know!

Largest AMM on Fantom with a TVL of $57m (at time of writing).

Users earn the SpookySwap token $BOO, which can then be staked to further earn a greater return.

The platform has good documentation and complementing features to make it stand out from other yield farms and AMMs. For instance, an ETH <-> FTM bridge and limit orders. An ICO platform is in the works based on the roadmap. 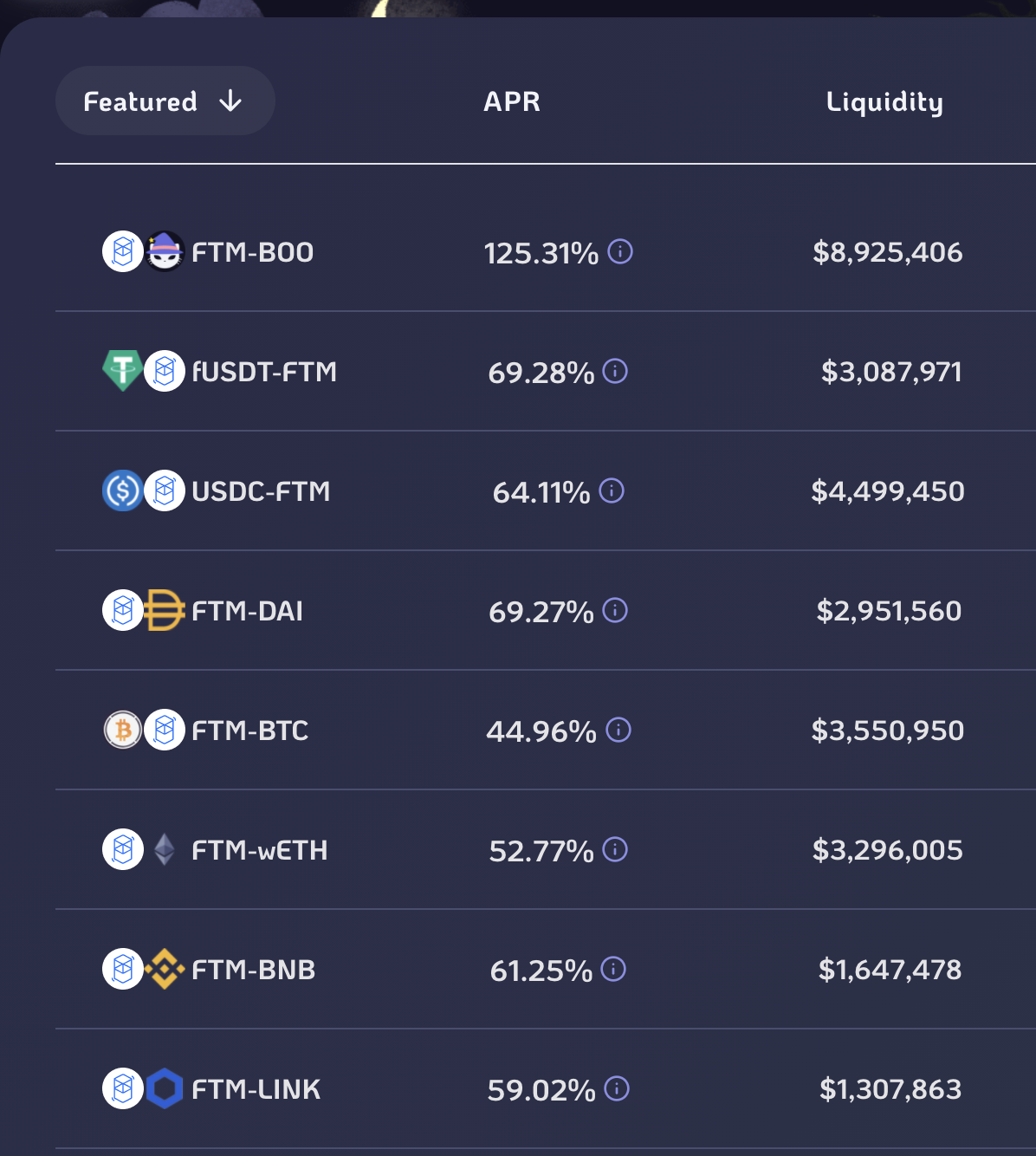 Whether this is a useful farm depends on the investor. Some investors don't want to worry about the reward token losing value ($BOO in the case of SpookySwap), or some investors want to take a more passive approach and let the auto-compounding vault do the work. In both these cases, Beefy works great.

On SpookySwap, the APR for DAI-FTM is 69% (nice), but using the auto-compounding vault on Beefy gets us to an APY of 94%.

The same Curve you know and love on other protocols, this time with some great APRs - around 18% for the DAI + USDC 2pool. This APR is relatively strong for a stablecoin pair in general, but is also stronger than Curve yields on other protocols (Ethereum or Polygon).

I'm placing Tomb.Finance on here because of how good the yields have been and because of the innovation behind the project. It's important to keep in mind that Tomb is higher risk, and it's unknown how long the yields will last.

There are two types of farms right now, either staking LP (TOMB-FTM or TSHARE-FTM). Or by directly staking $TSHARE. The APRs are very high right now but, it appears $TOMB is going to the price of 1 FTM and $TSHARE is inflationary. Worth considering that when farming.

However, if the $TOMB stablecoin does hold its peg to $FTM, then the yields should be very profitable.

Either way, interesting project to keep note of. Could be very profitable or could be the next Iron Finance.

SpiritSwap is currently the second largest AMM on Fantom, with a TVL of $25 million. On average, the APRs are not as high as SpookySwap, but this could always change so it's worth keeping an eye out on SpiritSwap. Especially since the team has some interesting points on their roadmap and have done well with they have built so far. They have a "lossless lottery" on the roadmap which I'm definitely looking out for!

For those still looking for more, I wanted to mention some higher risk platforms that seem to still be early and building - could have potential.